For determining the location of an earth fault or short-circuit fault in an underground cable, we perform loop test. Murray and Varley loop test are the two types of the tests we can perform to locate an earth fault or short circuit fault in an underground cable. For performing loop test, we should ensure that a sound cable runs along with the grounded cable or short-circuited cable.

Types of Cable Faults
An unsatisfactory feature and performance of cable used in electrical installation is termed as cable faults. There are various types of [...]

Murray and Varley loop test is based on Wheatstone bridge principle.

The figure below shows the test method for Murray loop test.

As these test is based on the Wheatstone bridge principle, P and Q are the two ratio arms which consists of step resistors or slide wire, G being the galvanometer, B is the battery, KB is the battery key and KG is a galvanometer key.

For a balanced condition of the bridge,

Here, r is the resistance of one of the cables when it is free from fault.

Types of Cable Installation
Generally, the cable installation depends on the types of cable to be used and installation condition. Here we will discuss about [...]

The circuit connection is shown below:

The bridge is balanced as done in earth fault test.

The quantity R+X is the known quantity and it is the total resistance of the loop.

Since all the quantity on the right side of the above expression is known, we can then calculate the X which is the distance of the fault from lower end ratio arm Q.

In this test we will be requiring a sound cable in addition to the existing cable. The figure below shows the circuit diagram to perform the Varley loop tests for earth fault and short-circuit fault.

Here we will measure the total loop resistance.

Under balance condition with the key on stud 1 then for earth fault or short-circuit fault,

S1 is the value of setting resistance S when the key is in position 1.

Under balance condition with the key on stud 2 then for earth fault or short-circuit fault,

S2 is the value of setting resistance S when the key is in position 1.

From equation (i) and (ii) we have

What is Electrical Earthing?
Earthing means connection of the neutral point of the supply system or connection of non-current carrying parts of electrical apparatus (examples; [...] 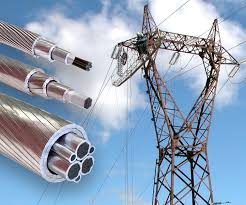 conductors used in transmission line | Engineering Notes Online
CONDUCTOR MATERIAL Conductor is one of the important material in a transmission and distribution of electric power.so the proper choice of conductor material and size [...]
About Tanus Bikram Malla 59 Articles
Electrical Engineer