It is divided into two systems, namely primary and secondary ac distribution systems.

The electrical power generated at the generating stations is transmitted at a transmission voltage of voltage above 33kV. This power is transmitted up to the substations located at various places (such as load centers or cities). These substations are termed secondary substations.

In the secondary substation, the voltage is stepped down to a level of 11kV.

The area which has a load requirement of about 5MVA employs 33/11kV substation and 3-4 outgoing feeders each carrying a load of 1-2 MVA.

For loads above 8MVA, secondary substations are of 66/11kV, and transmission is done at 66kV which results in reduced line losses in the system.

The number of outgoing feeders from substations having a load requirement of about 8MVA is 6 to 8.

Now we will discuss the various types of feeders that emerge from the secondary substation.

The following are the types of feeders in the primary ac distribution system.

Here, the feeder line originates from the secondary substation and branches into sub-feeders and laterals and it extends over all the areas where the power is to be served.

A distribution transformer of 11kV/415V connects the feeder and distributer.

Parallel Feeders are more reliable than the radial feeder, as in the parallel feeders two radial feeders originate from the substation which supplies the power to the load in parallel. During fault or failure, a healthy system is employed where the reliability of the system and continuity of supply is of utmost importance. This system is expensive than radial.

This feeder system is the most reliable and ensures the continuity of supply during the abnormal conditions of the distribution system network.

It has better voltage regulation and less power loss.

Here, two or more radial feeder originates from the secondary substation that is laid on different routes of the loads and is finally tied together.

This system of ac power distribution requires a huge amount of investment.

The feeder ring main is powered by two or more power stations or substations in an interconnected network system. This system ensures better reliability and flexibility.

An interconnected network of the primary distribution system is employed in large cities, metropolitan areas where the continuity of supply is of utmost importance.

In practical life, the electrical loads of different consumers vary from one another. Due to this variation, the loads are unbalanced and for unbalanced load, 3-phase, 4-wire system is employed for the ac distribution of electrical power.

The figure below portrays a three-phase, 4-wire ac distribution system.

Here, a transformer substation is located at the load center.

The primary transformer is supplied by high voltage feeder cables, the secondary low voltage bus-bars are color-coded with respective phase colors such as red for the R phase, yellow for the Y phase, and blue for the B phase. For neutral,  black color is used.

Large commercial and industrial consumers who require power in bulk take power in a three-phase system itself.

For the residential consumers who utilize electrical power mainly for lighting and running small rating electrical appliances, they are supplied with a single-phase two-wire distribution system.

A concentric cable or multi-core (two-core) cable can be used for this purpose.

The following are the types of feeders in the secondary ac distribution system.

In a radial system, a low voltage distributor radiated out from a single distribution transformer and distributes power along the area through which the distributor runs.

It is the simplest and least expensive distribution system.

The main drawback of this system is that it has poor voltage regulation, less

In an open-loop system, two low voltage distributors run from a single distribution transformer thereby supplying power to the area through which it runs. The two distributors are then tied up by a normally open switch at the far end.

Such a system finds its best application and advantage to supply power in high-load density areas such as metropolitan cities.

This system of ac distribution increases the reliability of the distribution system, improves voltage regulation, and provides better load distribution. 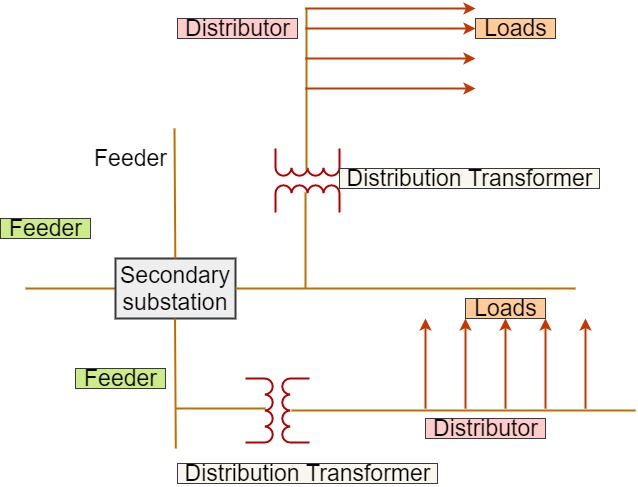 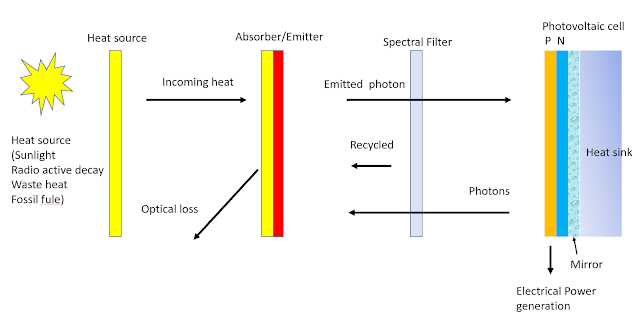